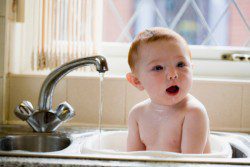 Everyone faces conflict as a child, whether it is a quick fist-fight, hair pulling, name calling, or group confrontation doesn’t really matter. What mattered is we stood up to it. Albie was new to the neighborhood. After being in a foreign country during his father’s last Embassy posting, he was still unaware of the adjustments he would have to make in the very near future. His young father was becoming an entrepreneur and placed more […]